Yeah, I know Valentine's Day is Tuesday, but that's bowling and curling night.  Mr. Lina and I don't see each other until about 10pm.  That's not much time to celebrate, particularly the way we do.  Waaay back in university, I wanted to go to the pub with my boyfriend, he wanted chicken wings, I was looking forward to some pub staple.  I remember being pretty teary that day.  My Nana died from Alzheimer's the previous October and I was happy when she died, this was the end of her suffering.  6 months later, I was filled with grief.  So, when we got to the pub and they were only doing price fixe that was beyond what our budget was, I was pretty pissed and not really in the emotional state to deal with it like a sane person.  After that, I've refused to go out for Valentine's Day.

Mr. Lina and I have our own tradition.  We pick an ethnic theme, we do some research, we throw the grocery budget to the wind and make a 3-4 course meal for ourselves.  And we do it all together.  This year, we decided to do a Cajun theme after having such fantastic food in New Orleans.  First course was fresh oysters, second was gumbo, dinner was Pascal's Manale BBQ Shrimp and for dessert I made beignet with chicory & coffee au lait.  It was SO freaking good.

If you google Pascal's Manale you'll find a ton of recipes trying to approximate it.  The gist of it is shrimp with tails and ideally heads (we used fresh raw zipper back) that is baked with butter/margarine/vegetable oil, a crap ton of pepper (at the restaurant my nails were black with pepper), Louisiana hot sauce (we used a bit of tabasco), Lea & Perrins and garlic.  We followed the spicing of this recipe but the process and pepper content for this recipe.  It was not the same as what we had in NOLA, but that doesn't mean it wasn't delish.

And gumbo...  We have made gumbo since coming back from NOLA.  I didn't get to eat any while we were there, celery is just too common an ingredient and I like to breathe and have a hive free vacation.  We used this recipe for a base both times.  Ours is more like this:
Make a roux with flour and olive oil (we weren't using sausage/chicken so we needed more oil than they called for)
Add garlic
Add beer, my mom's stewed tomatoes chopped up, green pepper, onion, okra (still not sure that we're treating the okra right, I've never cooked with it until now) and hot peppers (mix from our freezer - red ones from the garden, thin green ones for Indian recipes, and a habanero that Mom brought back from Florida last year), and spices (Mr. Lina did that, I'm assuming he took those from the recipe)
Let it simmer for a while.
Add double smoked pork from Starsky's and simmer a little longer
Add shrimp and simmer until they are pink.

And K-Line, this is all your fault. 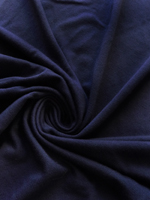 There is some modal coming my way via my parents in Florida.  Shipping will take a little longer (they should be here March 3rd) but it was only $8.  And could I stop at the modal?  No.  A little denim, some silk for a Pendrell (yeah, I bought that when Renfrew was launched), the 25 invisible zippers for $15 bundle, sigh... yes, a few more things.  But I'll post more about that when I see it.

There was a request to see my new shoes.  I am happy to address that.  In fact, both the shoes that I bought for the wedding and the new Nine Wests.
So far so good.  I've worn them around the house a bit before taking them on a full day at work, they weren't quite right for my casual Friday outfit.  As 9 1/2 they have a little more wiggle room than the next pair.
﻿ ﻿These shoes I bought for the wedding.  Love them.  My feet really hurt by the end of the night but they were comfortable for the first 4 hours.  They have a lovely leather sole that I'd like to protect.  They are just wonderful for dancing because they do slide.  It's probably the first time at a wedding I could actually have some technique while waltzing. It seems a bit silly to buy two pairs that are so similar, but I don't want to wear those leather soles outside.  I can wear boots and carry them for now, but it's not going to be boot wearing season for too much longer.  And really, $37 for the second pair, how could I say no?  Can you really have too many pairs of black shoes?
Posted by Seraphinalina at 20:25